Melbourne Council has three important planning ordinances – street wall height along Swanston Street should be 40m, maintaining visual prominence of the Shrine of Remembrance and protecting the Yarra River from overshadowing.

Recently the City of Melbourne approved a development of 295 metres to replace the 1960s Suncorp building. The development proposes to incorporate a tower on the western half of the site and the building form is divided into three distinct parts. It proposes a hotel, commercial and residential at upper levels and retail uses at ground level.


There is a lot of argument going on regarding this proposal and questions have been raised about whether Victorian Planning Minister, Matthew Guy, will approve it. The argument presented against increasing the height was against creation of a new 1,900 sqm public open space which will be integrated with the open space proposed at 433-455 Collins Street.


The images below compare the building envelopes of a proposal complying planning rules versus the one which proposes to go higher in exchange for public open space.

Clause 22.02 of the Melbourne Planning Scheme seeks to protect the Yarra River from overshadowing. Developer CBUS is seeking an amendment (Amendment C247) to this rule to allow the development to go ahead.

There are few concerns raised through this approval:

· Would it create a precedent for future development to overshadow the Yarra?

· Should the amenity of one open space be ignored for a potential new open space presented by the proposal?

· Will this newly proposed open space be overshadowed by development along Collins Street anyway?

· Should every application be assessed on a case-by-case basis? 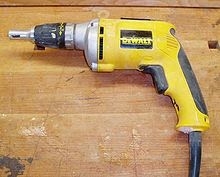